Whew I've been neglecting my blogging for the past month. Well last i posted I was waiting to get my new dress form. It arrived. It's perfect. 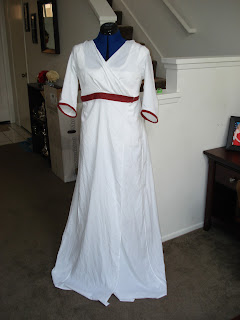 I don't have any pictures of it without the dress but that's fine. I've decided to name her Clio after the Greek muse of history. Rather fitting I do believe. I have also started and finished an 18th century set of stays, using the Butterick pattern 4254. 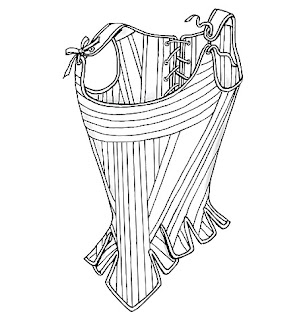 I finished the first set after going slightly insane dealing with the friggin tabs on it. After trying to sew the bias tape on with the sewing machine I had to stop rip it all off and sew it by hand. And if I ever do that again I'll buy a thimble and save myself the torture. I also didn't really think about the fact of how i was going to do the boning and i ended up having to put it between the outer layer and the inner layer. Which just doesn't really look good at all. As it turns out I need to make a slightly smaller set so I've already started another set that are plain white with a satin outer layer. The stays are super cut just not as good as they could be. 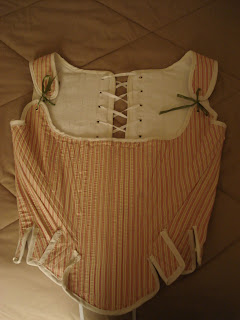 Once I found out that i had to put my zip ties under the outer layer of fabric I had to figure out how I was going to keep the zip ties from poking through the thin outer layer. So i decided to blunt the tips using my husbands dremel tool and bench grinder. 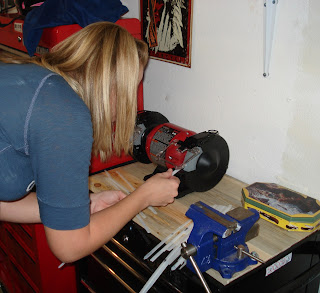 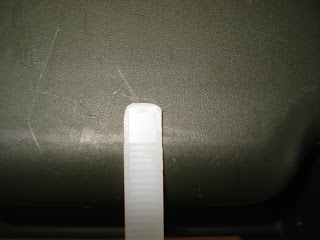 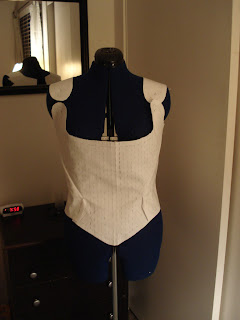 Innermost layer on the dress form. I'll try to make sure i document this project better than my last and keep up with my posting. Happy sewing! ;)
Posted by Kate at 9:06 PM