I'm having the hardest time deciding on my next project. It will be for an 18th century event, a picnic specifically. The event itself isnt that big of a concern and so won't determine what I make but there are just so many ideas in my head. I'm really working hard to clear out my stash and not spend any more than necessary.

First would be a round gown that I found on Pinterest. 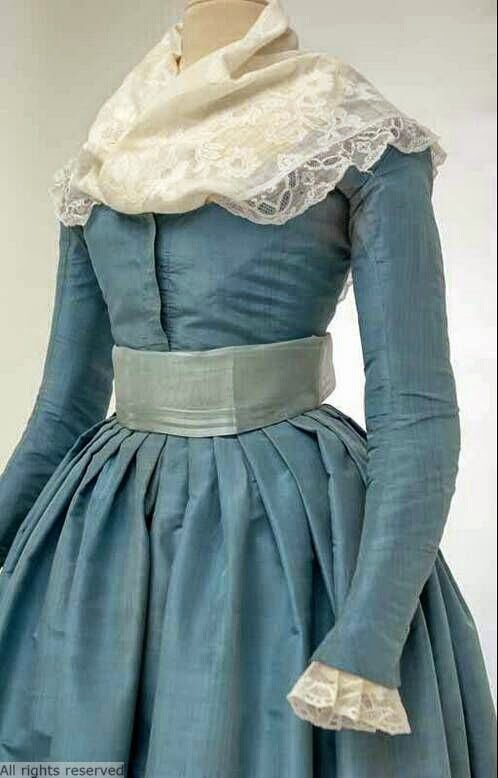 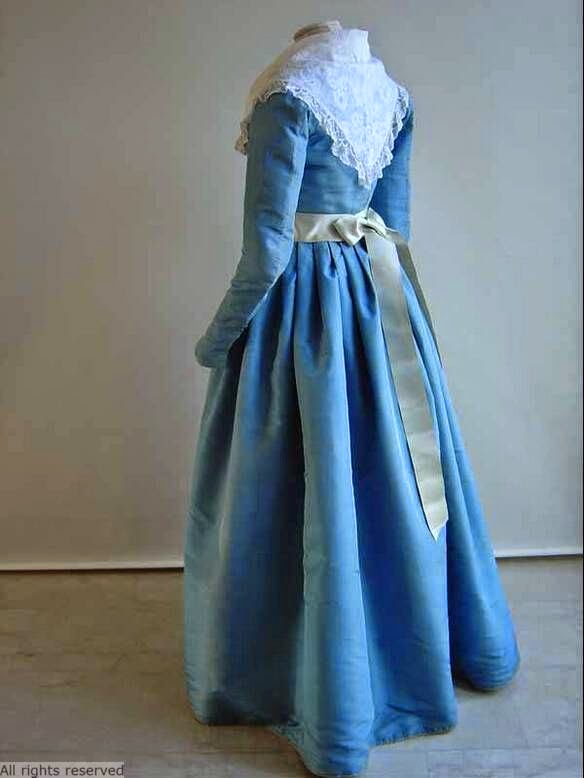 I'm not able to get to the original source on this image so I can't say 100% but I'd be willing to bet it's a round gown, just a later style. I have some jewel tone blue taffeta and I'd use the round gown pattern and levite sleeves from my Rocking Horse Farm pattern. For the sash i could buy what I need for very little.

My next choice would be to use my J.P. Ryan Jacket pattern. 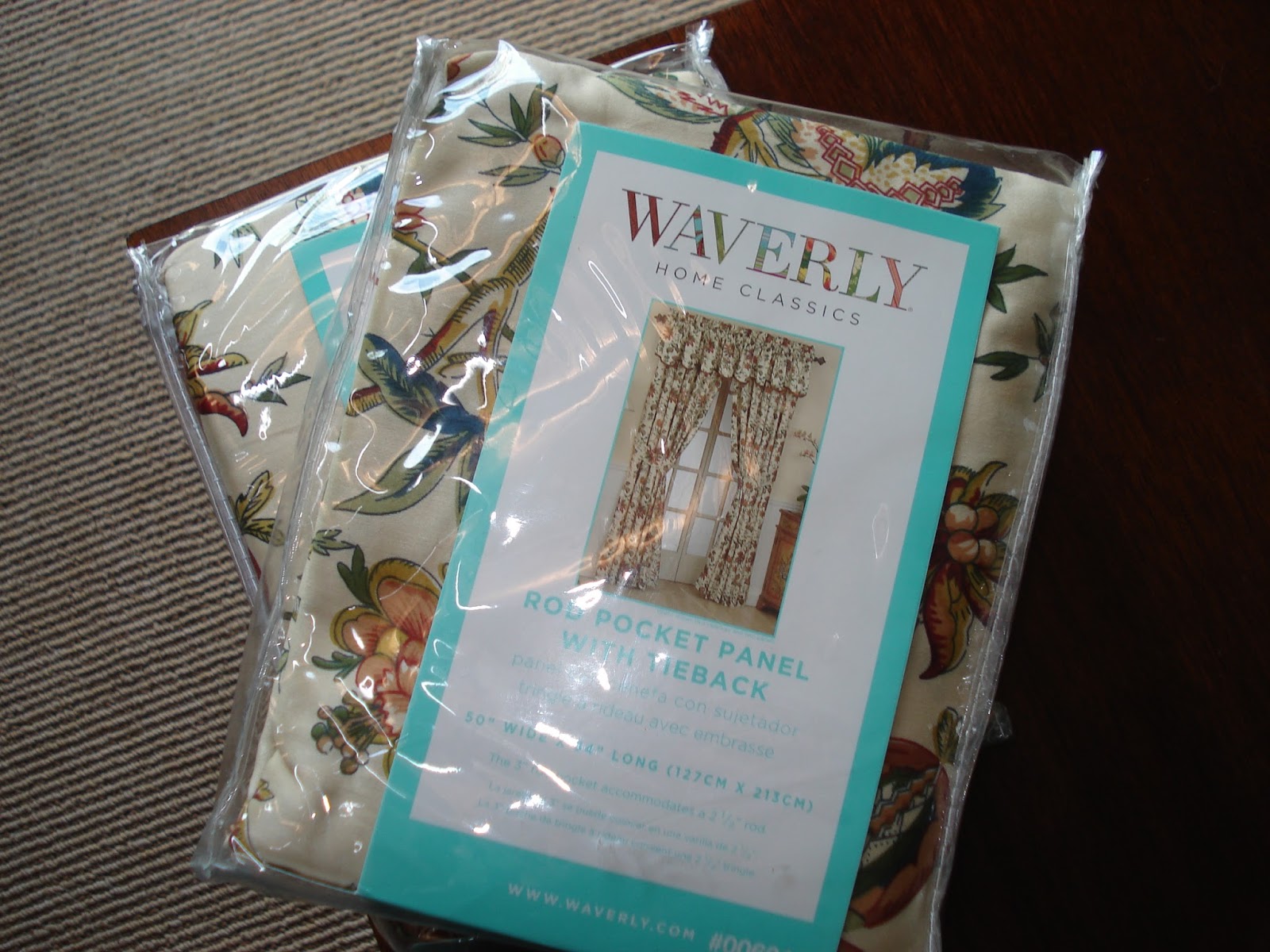 View C is what I'd use, I have a plain brown linen jacket made already and like it's fit. I've got a white batiste petti mostly finished,it just needs hemming and of course I'd also like to make use of my waverly curtains. The length on these after the stitching is removed is something like two and a half yards if I remember correctly. I won't have enough to make a matching petti.

I've also gotten out my unfinished half boned stays and sewed them together. I had previously sewn all the boning channels so most of the hard work was done. However I've lost enough weight that will need to take out the front insert to get any compression. Once again I do have a finished pair but they are fully boned and not very comfortable. They just aren't sewn well. But they will work if I just don't have the time. Which I never do.

I did seriously consider wearing a costume that I made several years ago. 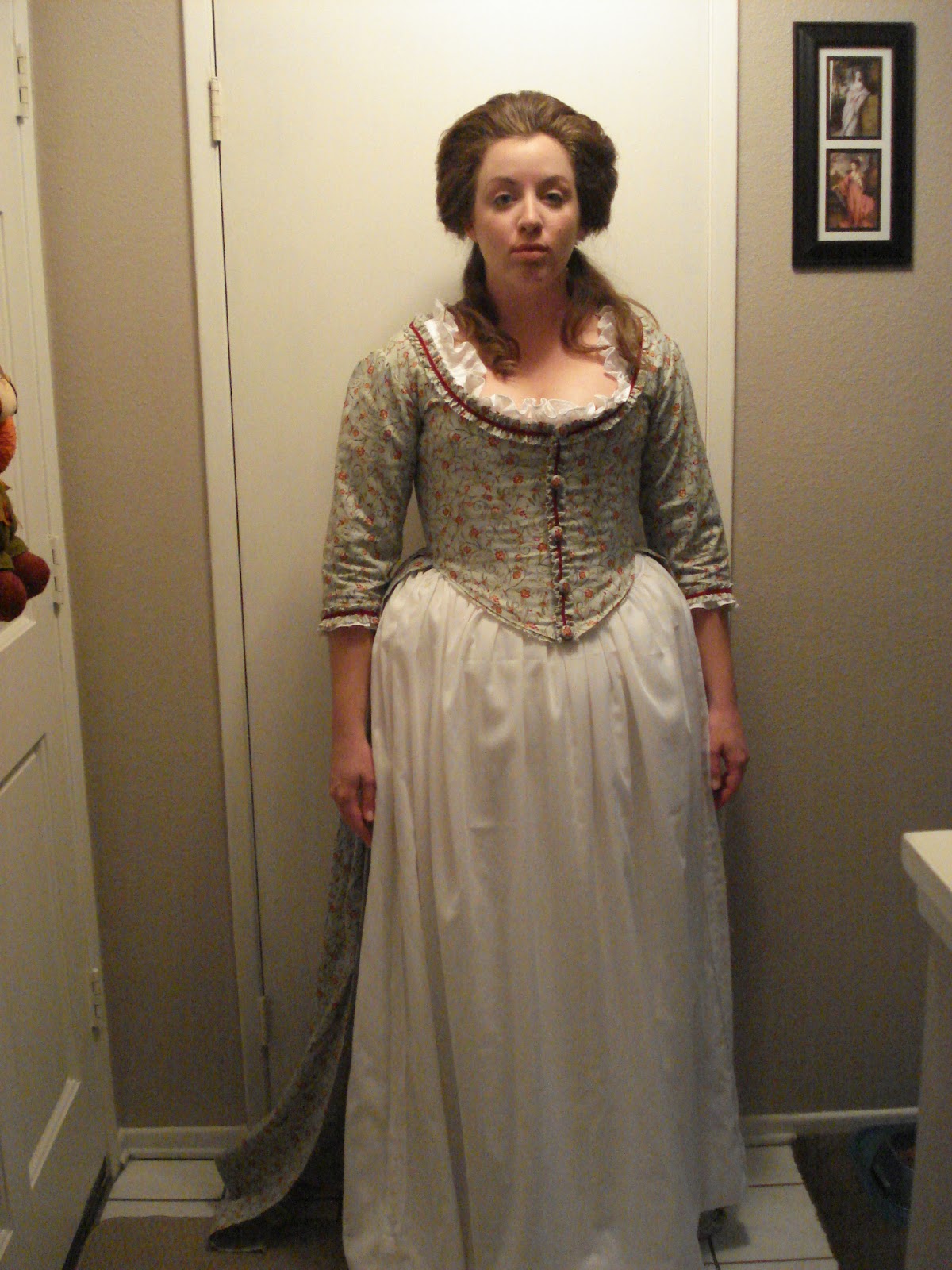 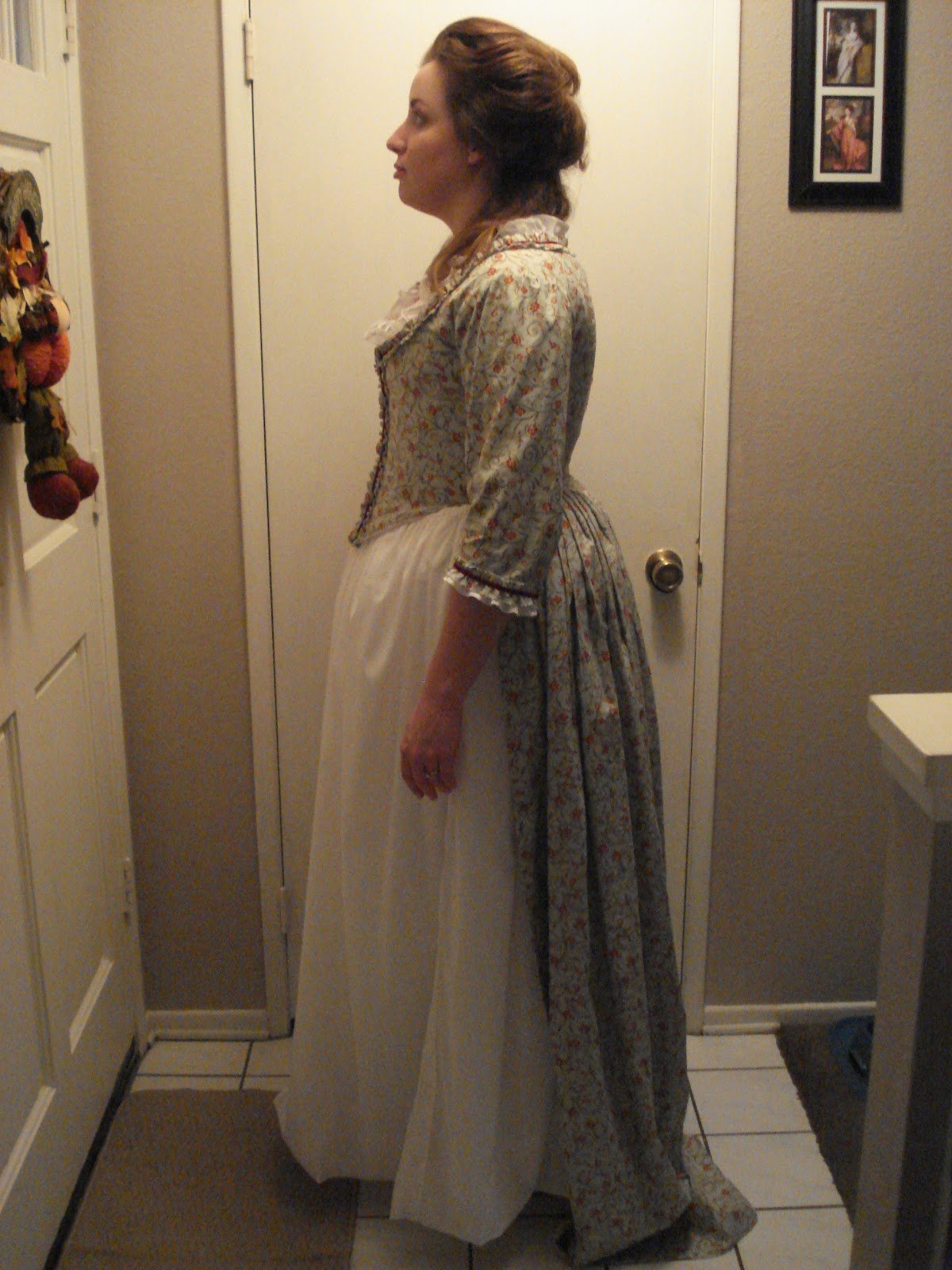 It's just a wee bit tight and would require that I continue to lose more weight in the next month and a half. If it comes down to it I'll be covered.