Alrighty I'm calling this one officially done, finished, finoto!
I added some trim and the peach fabric underneath will now be a new ruffled petticoat. The previous cream colored one will either be an extra or a base petticoat. 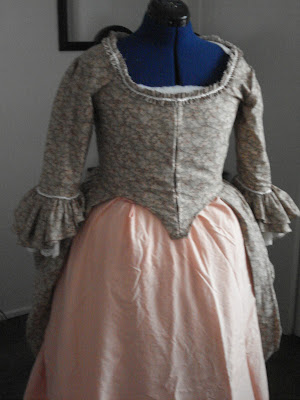 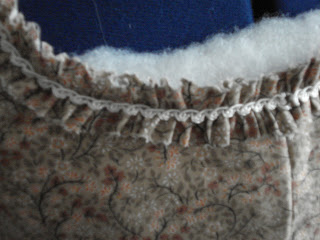 Here is the new fabric for my next two projects. The Levite Gown and the Round gown from my Rocking Horse Farm pattern set. The white batiste and blue swirly fabric is for the Levite and the mauve cotton is for the Round Gown. For the round gown I want to have a costume that's going to be comfortable and made for tromping around in the dirt. 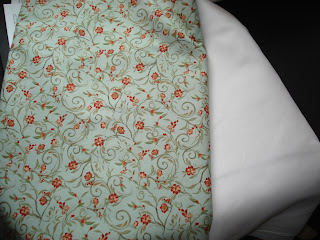 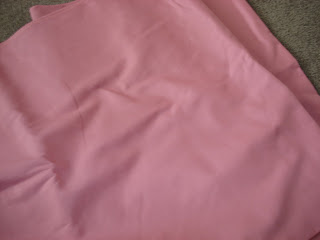 I had bought this fabric thinking that it would match the Polonaise I've been working on. As it turns out it doesn't. Bad idea not taking a fabric swatch to the store.
Here are some side projects I've either done or been working on lately. 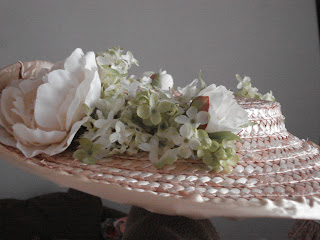 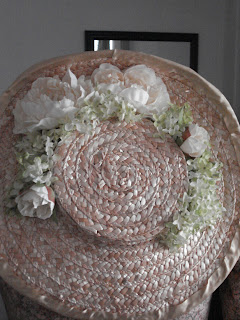 Admittedly the poor hat could use some love. : ( 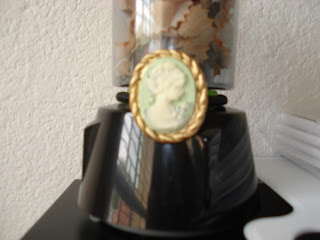 I found this cameo at the dollar store attached to a rubber band. I repainted it green and gold. 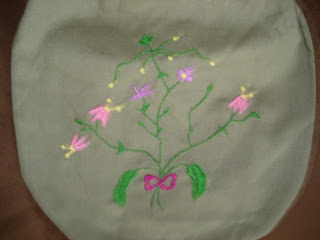 I finished this reticule ages ago, I need to put new ribbon through it seeing as how it was attacked by Mollis (Molly) one of my kitty girls. 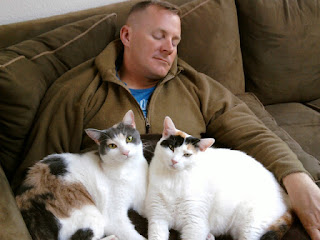 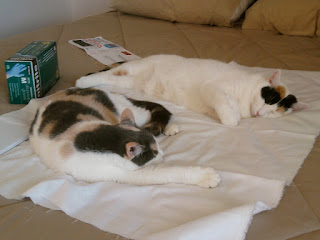 As everyone knows sleeping on fabric is perfectly acceptable and preferable  ; )
Posted by Kate at 10:40 AM