To add to my repertoire I'm attempting a pair of gloves to wear to the upcoming Titanic Exhibit. I'll be using B5370 which seems to be fairly straight forward.

I decided to use view F first as a jumping off point. I wont be copying the details exactly but using the pattern as a guideline.

Here is the first go I had at it. I did hand sew them because I just found it entirely too difficult to sew the gussets in on the machine. I'd really prefer to use the machine but I'll do whatever is best.

My second try went a little better but instead of my seams being too loose I made them too tight. And obviously I need to refine them if I ever want to wear the final product in public. 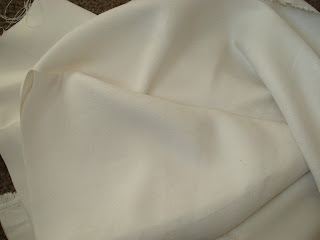 I chose a micro suede in a color called papyrus. It's nice and soft and not too stretchy. I know it's not correct but I really don't think I'm up to the challenge of sewing leather gloves.


I trolled around on the MET website last night and found these gloves in their collection. So round two I'm going to use a fabric a little more sturdy and maybe I'll try using the machine again.
Posted by Kate at 10:22 AM

OooO! I'm so glad you're doing this. I have this pattern too but haven't tried it yet. Your experiments are super helpful.

Lol thanks! That's quite a compliment. And the same can most certainly be said for you. ;)