A Reticule and Cap.

Last evening before bed, I threw together a simple reticule made from the same scrap fabric I've been using to line the 1840's day dress. 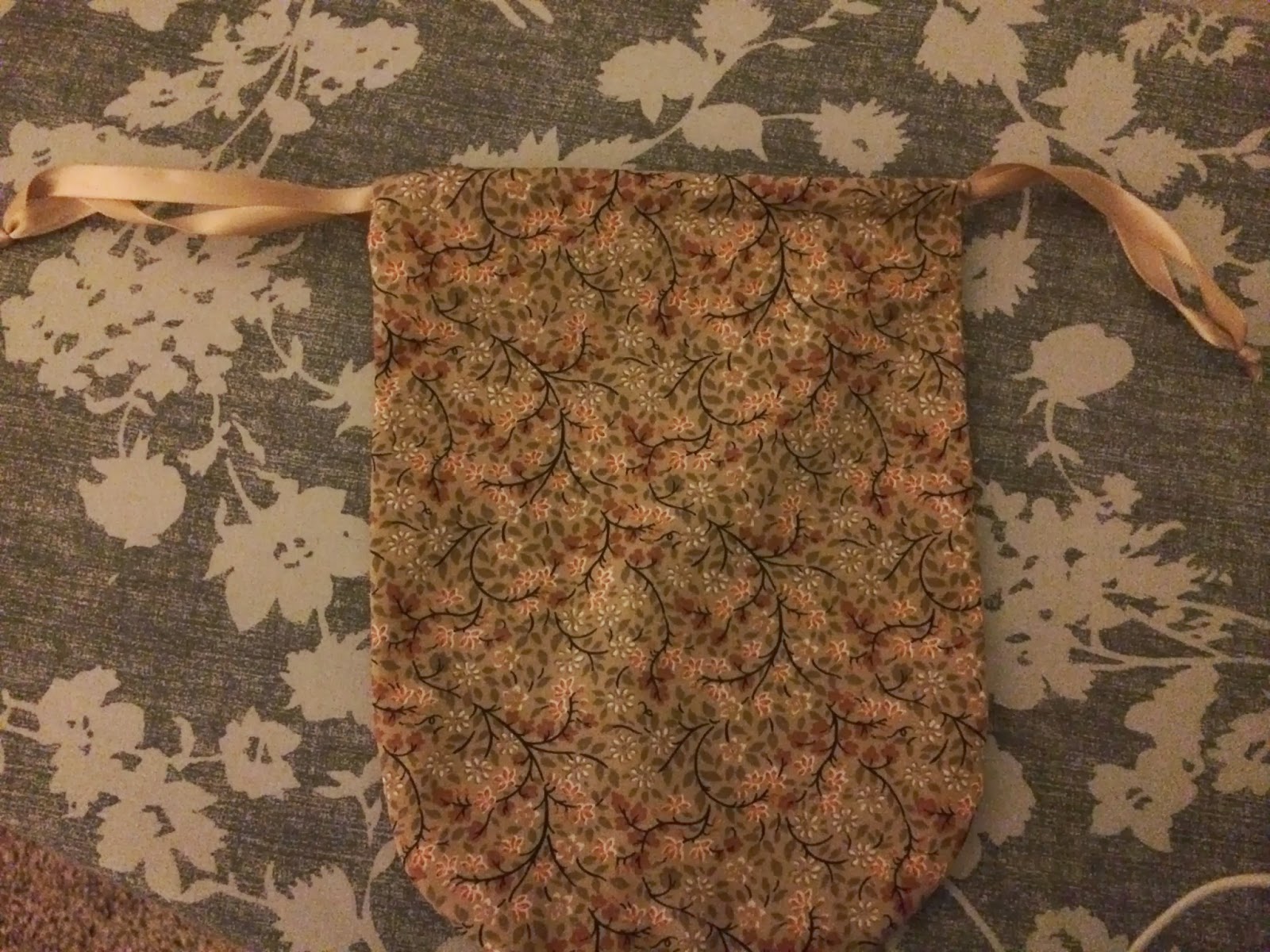 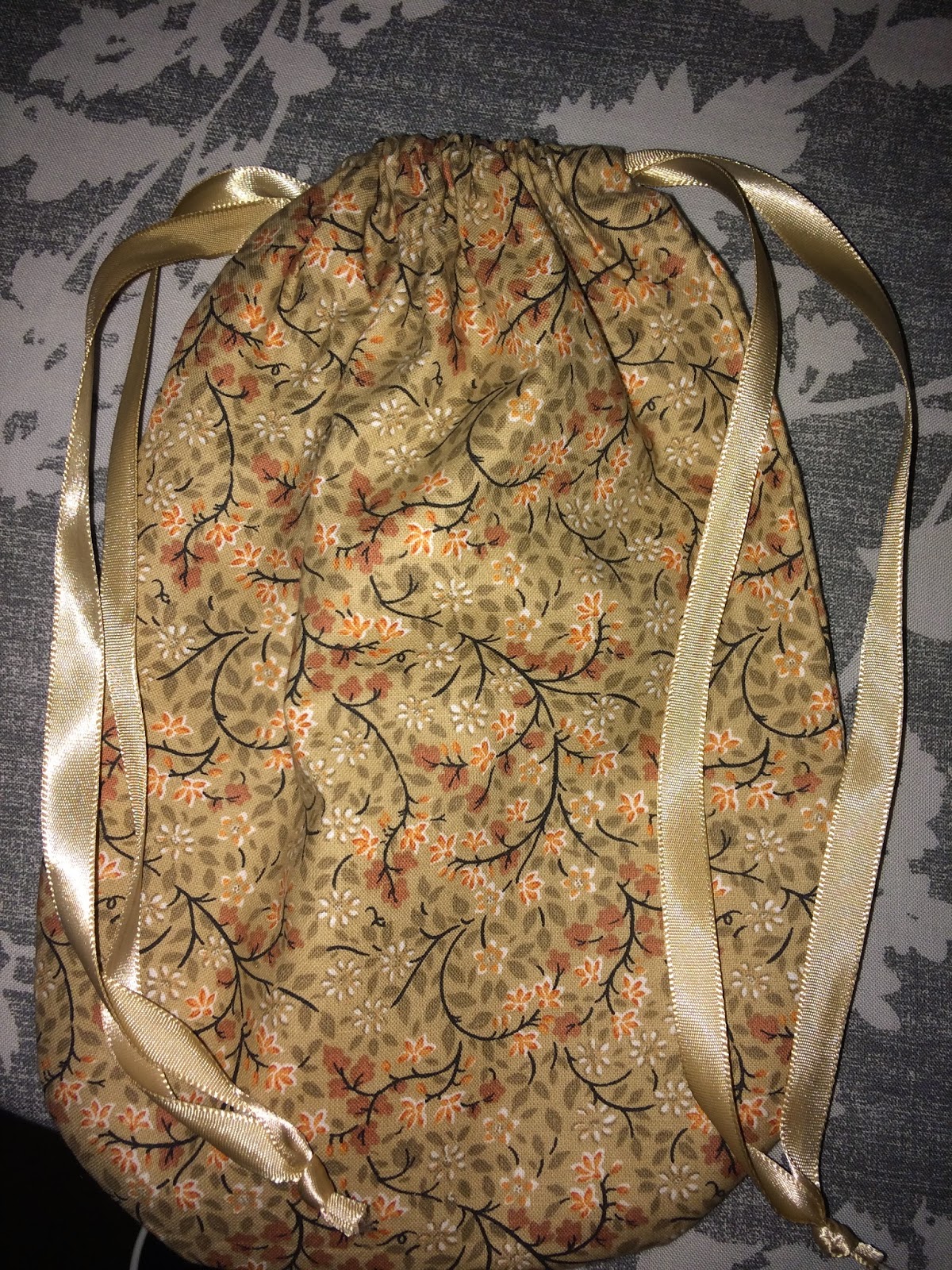 I did however run across an interesting BBC Mini Series called, Death comes to Pemberly. I'm completely out of commission tonight having been to the dentist today. Hate the dentist. So I've just laid in bed this afternoon and watched the whole thing. Pretty good if you ask me. Unless your a purist who can't stand to see an author create sequels to another's completed work.
If that's the case you'd hate it...so stay away. 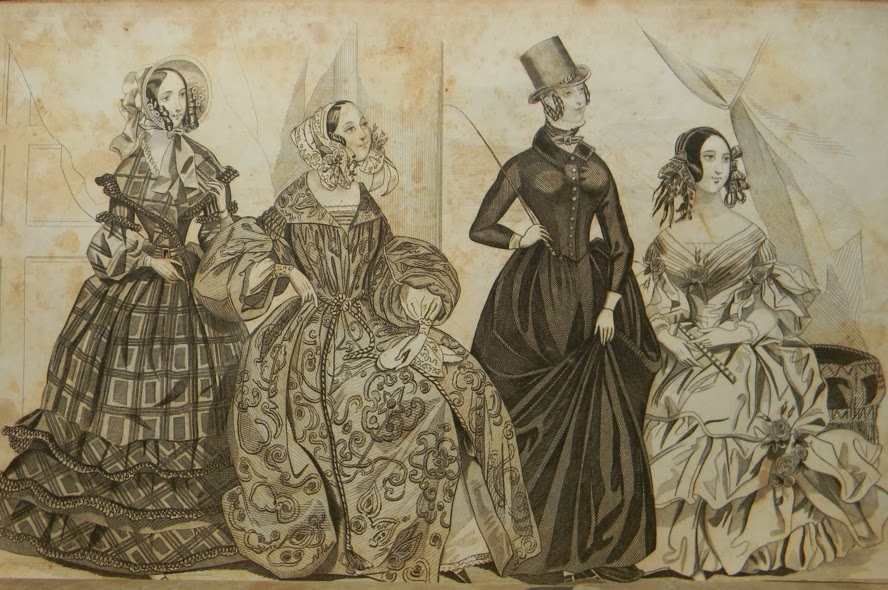 I only mention it because I came across it on someone's blog while looking for representations of "day caps" or "flat caps". Hope I have the name right. Anyway a few months back I picked up the Flat Cap Pattern 9701 from Hats by Leko. So I selected Cap A from the pattern it being based off of a cap from 1843, or so the pattern states.

I'm sure there are other images out there that I haven't found yet but here are two examples. In both fashion plates the lady second from left is wearing a cap. The first most likely being an earlier example and the second later in the 1840's if not 1850's. Either way I feel like I can move forward with this pattern. The next thing to do would be to finish the silly dress. Most logical.  ;) ﻿
﻿
Posted by Kate at 9:28 PM