Elizabethan Kirtle: And other bits.

So to jump back on the costuming band wagon after my rather long hiatus, I set about sewing up some clothes to wear to the Ren Faire. I've been out of the game for so long and literally have no time to myself , so I'm really shocked that...I did it. And I think I did it well too. After much debate and a little research I decided to make a kirtle. Plain and simple without any frills. Granted it all started with some drooling over the idea of nobles clothing. You know the ever present, yet ever unattainable work of art. Le sigh. So after whittling down from a nobles costume to middle class merchant. I finally settled on a peasant costume. 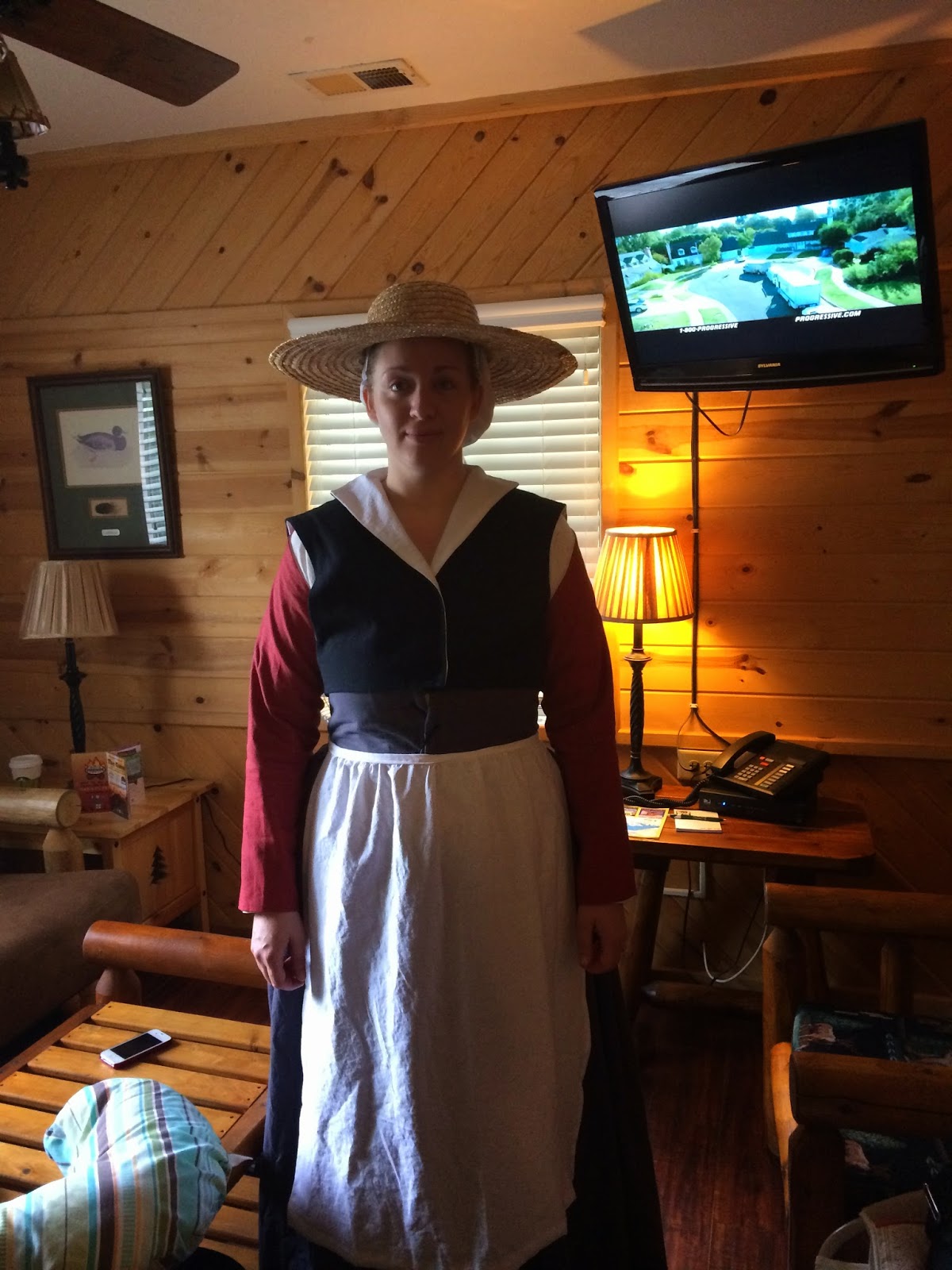 Let's start with the kirtle. Made from aprox. 8 plus yards of linen. This I'd had in my stash for about a year. Id tried to dye it brown but it wouldn't go dark enough. So I stripped the color and dyed it twice with navy blue dye and got gray fabric. Whatever, it worked. I used the patterns given to me by my Mom and made a simple bodice with a 6 gore skirt. I'd go with a rectangular skirt next time simply to make it easier. 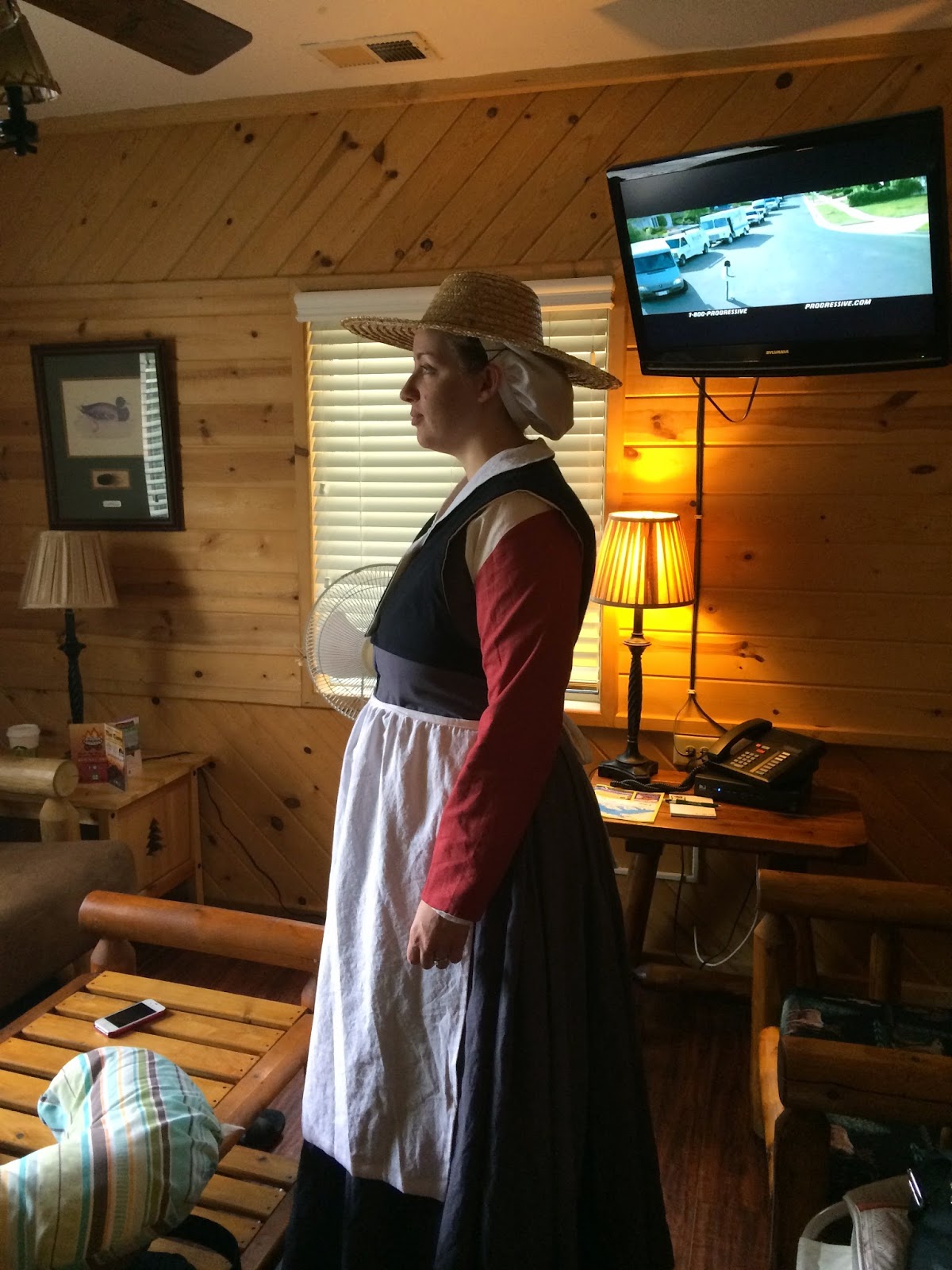 Next I got out an old shift and threw some simple tube sleeves on it with a gusset. The issue with this is its made to go under an 18th century gown; this caused it to want to try and slip off my shoulders. Super not helpful. Solution? Tie it really tight.

Next!! Sleeves for the kirtle also made from linen.  This I purchased. It was on sale. I had the dye in my stash and dyed it twice to get....a rusty red? These are detachable and made from a pattern that I had to make. I used the directions from here. Super easy.

The partelet.  Made from flannel and linen that was purchased. Not on sale. But I had a coupon. I chose the flannel for two reasons. Number one wool is stupid expensive. Number two after watching a PETA video about sheep shearing in Australia I'm not buying from just anyone. This I used the directions from here again. But I used my pattern fom the Elegant Ladies Closet to give it the basic shape. The problem I encountered here, it's too long.  Eh.Whatever 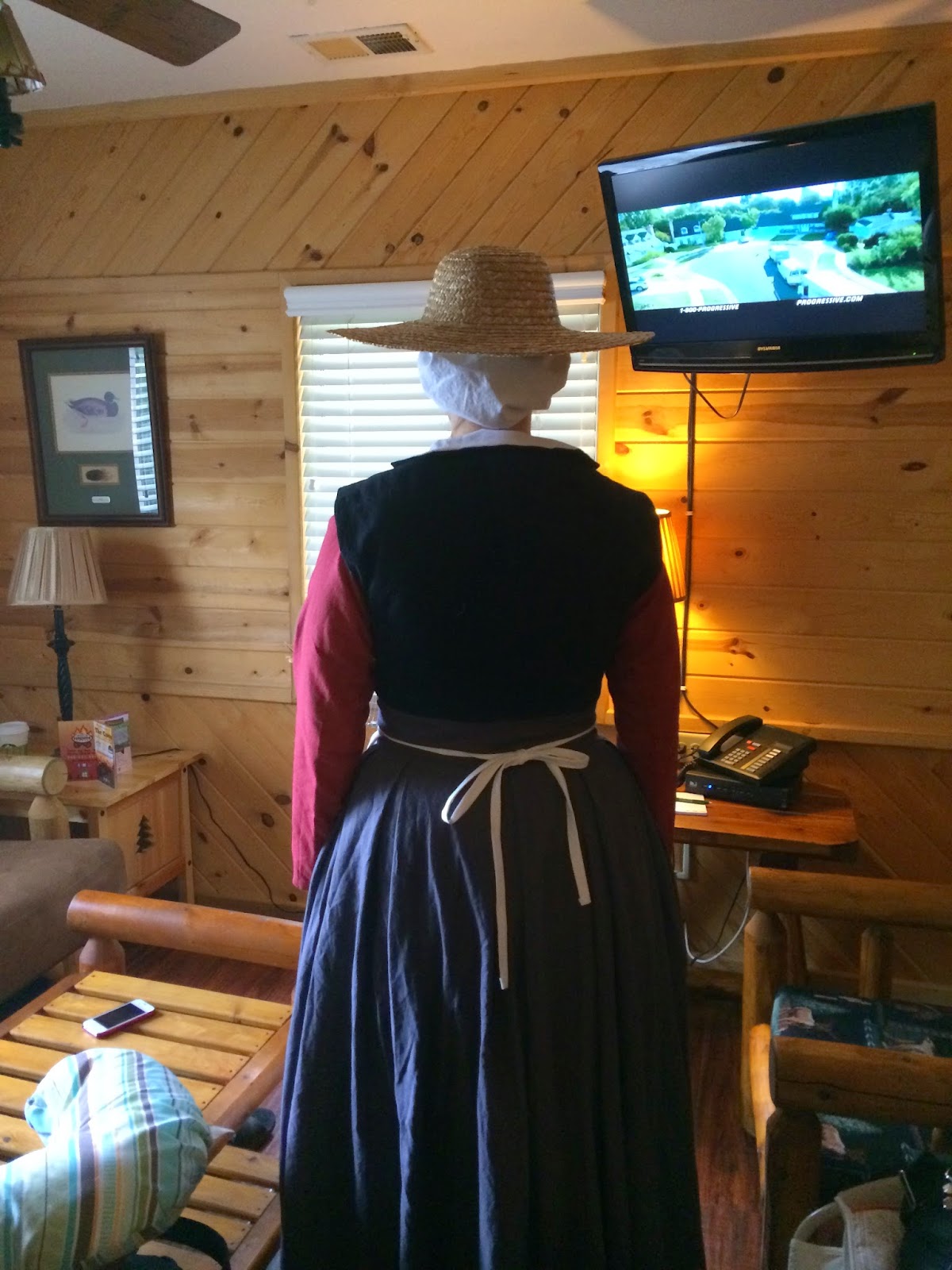 My coif is a muffin cap. The directions com from a source on the Elizabethan Costuming Page.  Super useful resource of someone just getting started in the era. I'll be wearing one of my Michaels straw hats to keep me shaded. I won't say cool because I know I'm just going to be melting all day.  Ill also be wearing a petticoat and my "boots" I made for civil war era. I'm not ready to shell out a ton of cash for period shoes yet.

You may be wondering why I'm doing all this. I've been asking myself this as I sew frantically during nap time that's only 30 minutes long. My husband, son and myself will be going to Big Bear for the Ren Faire. I'm excited to be getting to head to a period event. I didn't even want to go without a costume. 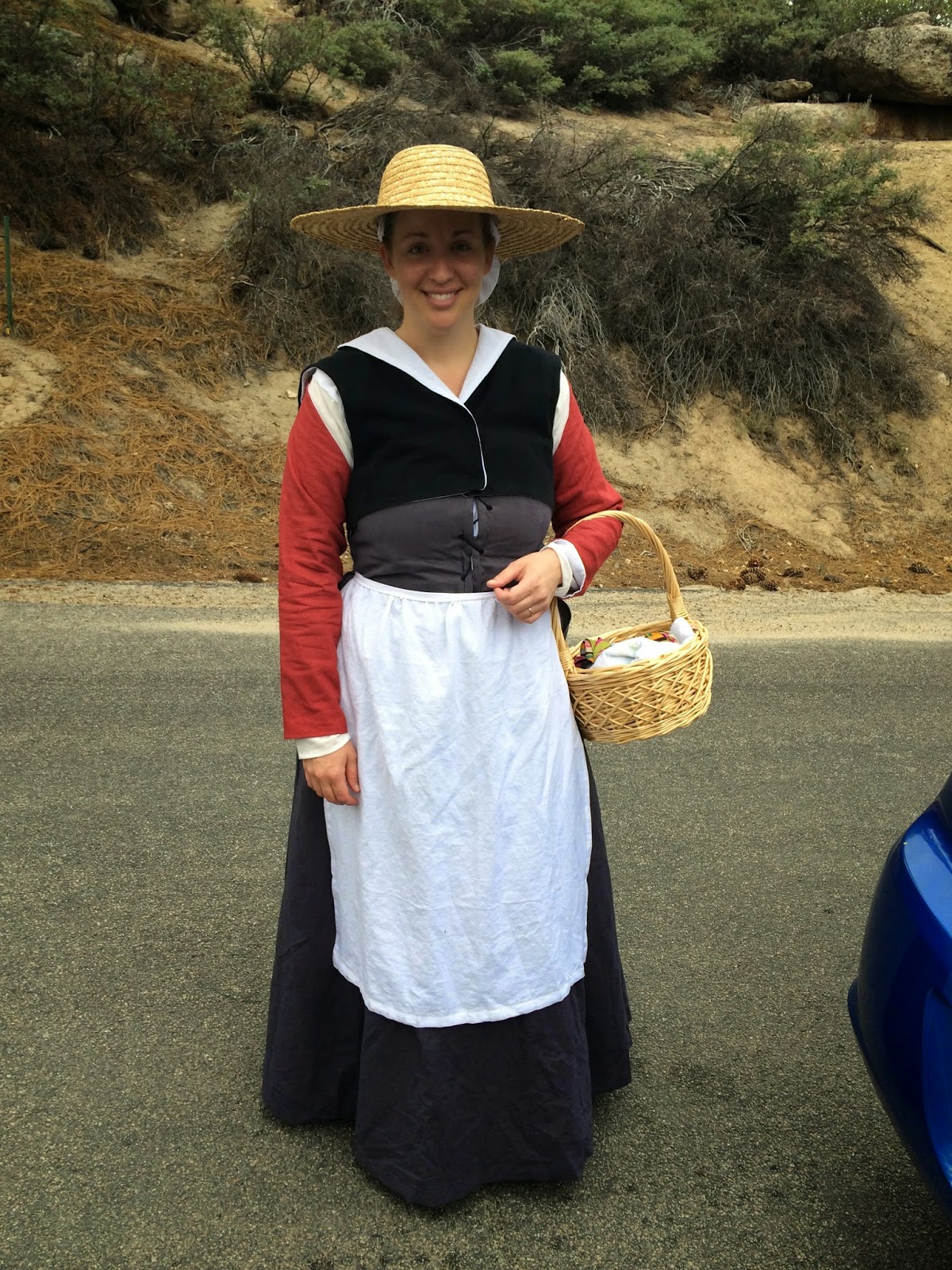 The faire was a little small and it rained. Bonus for me because I think Id have been really hot. Bad thing on the second day it got rained out and I couldn't get my money back for the weekend passes my hubs bought. The outfit wore pretty well. I split the seams on the sleeves because i whip sticked them. Other than that it was fun!